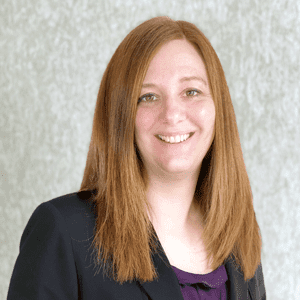 Erika began serving as the Executive Director of the Fort Drum Regional Health Planning Organization and NCI Director in December of 2016. She continues to lead the organization’s mission to analyze the regional healthcare system, identify gaps, and leverage resources to support access to high-quality healthcare services for the Soldiers, families, veterans, and civilian residents of the Fort Drum region.

Prior to her role as Executive Director, Erika joined the team at the North Country Initiative (NCI) as DSRIP Director in December 2015. Her primary role was to provide oversight and coordination of the development and implementation of all projects within the Delivery System Reform Incentive Payment Program (DSRIP). DSRIP brought approximately $73 million to the region over a five-year period for the implementation of clinically-driven projects across Performing Provider System (PPS) aimed to improve quality, reduce costs, and improve the patient experience.

Erika served as Executive Director of the Watertown Urban Mission from February 2011 through December 2015. During her tenure, she administered a $1.5 million annual budget, including federal, state, county and private funding. She also successfully led the agency’s first capital campaign, raising over $2.1 million, which led to her overseeing a $1.5 million facility renovation project. She spearheaded Meals on Wheels, a separate 501(c)(3), being merged under the Watertown Urban Mission umbrella and provided oversight of seven major programs, serving individuals in need over 35,000 times per year. She managed 30 part-time and full-time employees, reported to an independent 501(c)(3) Board of Directors, and performed community outreach, serving as the face and voice of the agency.

Prior to joining the Watertown Urban Mission, she served as the Regional Recruitment Project Manager for FDRHPO. She began her career in public service at the Children’s Home of Jefferson County, starting as direct care staff and advancing to Assistant Director of Residential Services.

Erika has a Bachelor of Arts from SUNY Oswego and a Master of Business Administration from the University of Phoenix, with a concentration in Healthcare Administration.

She currently serves on the North Country Regional Economic Development Council, Chair of Safe Schools Endeavor, and is a member of the Watertown Noon Rotary Club. She is also a past Board member of the Watertown Local Development Corporation, Jefferson County Community Services, WPBS-TV, North Country Family Health Center, and Samaritan Health Auxiliary, as well as a past member of the Greater Watertown Jaycees and the Northern New York Community Foundation’s LEAD Council. Erika is a graduate of the Greater Watertown Chamber of Commerce’s Jefferson Leadership Institute, and is a recipient of NNY Business Magazine’s 20 Under 40 Award, the ATHENA Leadership Award®, and the 2015 Successful Business Award in Social Services.

Erika resides in Dexter, NY, with her husband, Travis J. Flint, and their two sons.